Home › Dogs › Introduction: A Dog and His Person

Introduction: A Dog and His Person

Introduction: A Dog and His Person 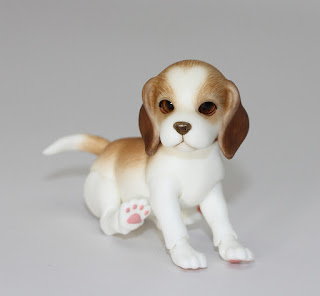 Jack is part Chihuahua and part mystery. He was quite tiny when I brought him home from the animal shelter. A week or two later, I remember taking a nap on the couch with Jack lying down on the floor by my side. As I woke up, I began to wonder if I might be coming down with a chest cold. I couldn’t quite put my finger on it, but I felt there was some kind of slight heaviness to my chest. When I opened my eyes, I changed my diagnosis—I didn’t have a chest cold, I had a Chihuahua sleeping on my chest. As I write this, Jack is curled up in a dog bed near my desk. It’s unusual for him to utilize something that’s actually meant for dogs—he generally has more of a taste for sleeping on couches, beds, pillows piled on top of more pillows, and  people. I’m not one to quickly assume human characteristics in a dog, but it’s hard to deny that Jack seems to happily live some aspects of his life more like a person than a dog. For instance, dogs generally have a hyper-awareness of and interest in their surroundings, but humans can often be oblivious to anything that isn’t of immediately obvious importance to them. On this score, Jack acts human.
On walks, Jack and I have in advertently come within a few feet of a squirrel, a raccoon, a cat, and a possum, and Jack didn’t try to chase after them, investigate their scent, or do much of anything. Actually, he didn’t notice any of them. While humans may have a certain fussiness and like things a certain way, dogs don’t tend to worry a lot about superficial matters. By contrast, Jack has a discerning eye for the well-manicured lawn.
A tree or a fire hydrant may suffice for others to relieve themselves, but Jack likes the feel of healthy-looking, evenly cut, short grass. You often hear  people say of a small dog that he’s “a big dog trapped in a small dog’s body.” But Jack has no delusions or even apparent aspirations in that area. A strange noise in the middle of the night might prompt a growl or a bark, but he tends to proceed no farther than the doorway. He then turns around to look at me, as if to say, “Why don’t you just go ahead and check this one out?” It was on a visit to my mother’s home when I let Jack out to explore a wooded section of her backyard that he first encountered the neighbor’s Rottweilers. Unbeknownst to him, they were friendly. But in a split-second, he sized them up and decided this was no time for pleasantries and the formal protocol of dog greetings. Jack took off at full speed. The Rottweilers, up for a little game of chase, obliged with a full-speed pursuit. Jack ran toward the back door, followed by the Rottweilers, followed by me, followed by Bob, the Rottweilers’ owner. This was the door we would normally use to go in and out, but Jack determined that he didn’t have enough of a lead on his pursuers. Perhaps he could ditch them on the way to the front door. He scrambled around the corner of the house, around the cellar doors, and flew from the ground to the front door without pausing to use the steps. He let out perhaps the loudest bark he’s ever uttered. My mother let him in as the rest of us converged at the front door.
As he happily took refuge in the house, he gave me a look. “What were you thinking?” he seemed to ask. Though he may have a few human habits and isn’t likely to win Watchdog of the Year, these are just amusing quirks of his personality. The important thing is that Jack is an incomparable friend. My life has been far richer for the pleasure of his company. This book is about Jack and the millions of other dogs who come into our lives and affect how we live and who we are. Based on the best research available, studying the lives of  people, dogs, and the intersection of the two, 100 Simple Secrets Why Dogs Make Us Happy reveals how and why dogs make us happier, healthier, more effective, and more satisfied with our lives. As he sits here watching me type, I’m sure Jack would be pleased to know how important dogs are to  people, even if he’s not entirely convinced which one he is. Today Jack has the look and zeal of a young dog. He loves meeting new  people and seems to take it as a compliment that everyone assumes he’s a puppy. When I visited the Franklin County Animal Shelter in Columbus, Ohio, twelve years ago to adopt a dog, the first room I entered had two young dogs. They were in separate large pens. The first dog had massive paws and looked to be on his way to growing up to be the size of a moose.
Living in an apartment that did not allow dogs, I thought the moose might make dodging the authorities a little dicey. I stopped to pet the dog and said I was sorry but I was sure someone would be along soon to take him home. The second was a tiny, long-haired, utterly sillylooking dog. I stuck my finger in the pen—something you’re not really supposed to do with a dog you know nothing about. The Chihuahua sized up the offer of a finger—and immediately moved over to lick it. He looked up at me. “Friends?” Jack seemed to ask. “Forever,” I replied.