Life Is More Enjoyable with dogs 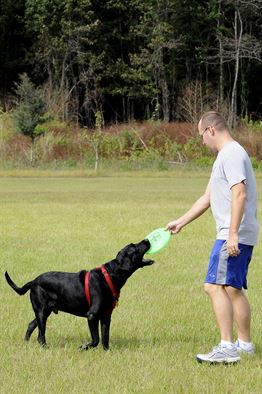 When we think of what’s important for a satisfying life, we think of family, career, and our most memorable experiences. Add to that list: having a dog.

People with a dog are more likely to think positively about themselves and about the world around them, and they are less likely to focus on their fears and disappointments. In direct and indirect ways, people with a dog feel better about their lives.

THEY FACE SOME of the most challenging days anyone could ever have at work. And when they finish a job, they have to be immediately ready for the next one.
But the firefighters on the north side of Pittsburgh know that there will be a friendly face waiting for them back at the station.

“A fireman and a dog is kind of a cliché,” says Steve, a ten-year veteran of the squad. “But the reason it’s such a widely known image is that we really love dogs.” The station’s dog is not the Dalmatian one might expect. But Max, a four-year-old Akita, was literally born for the role. Found outside an abandoned house the crew was using for training, Max quickly made a home in the station. “We take care of him, but he really takes care of us,” says Steve. “He helps take the edge off a bad day when we can come back and see

him jump on us, run around, and make us feel like we’re the best guys around.”
Even after factoring in the effects of  people’s marriage, education, income, age, and gender, having a dog independently increased the likelihood of life satisfaction by 12 percent. (Richang, Na, and Headey 2005)
Dogs